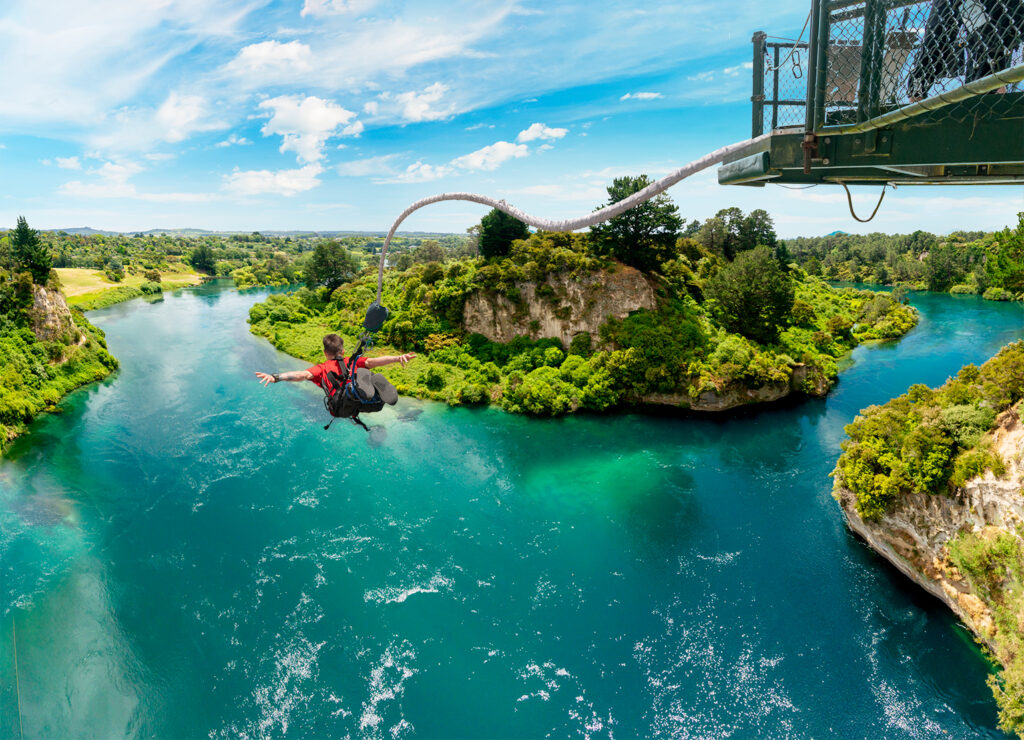 TLC boss to plunge for charity

The Lines Company (TLC) chief executive Sean Horgan has confirmed his plans to jump off a cliff.

Horgan admits it’s not his usual weekend activity – he’s more likely to be found at the gym.

But at the end of November, he’ll be taking the 47 meter cliff-top plunge in an effort to raise more than $2,500 for charity.

Horgan has signed up to the annual ‘Drop Your Boss’ challenge to raise funds for the Graeme Dingle Foundation. The foundation was established in 1995 to work with young people aged 5-18 and help them meet their potential. It runs a number of programmes targeting rangitahi – and Horgan is keen to support their work.

“I’ve seen some of the work they’ve done and it’s just fantastic. By targeting assistance to young people, you can make a big impact,” he said.

“So if I can help the Foundation by throwing myself off a cliff, well, why not?”

Horgan will be tied to a bungy cord by his ankles before leaping solo into the chilly waters of Waikato River from New Zealand’s only cliff-top bungy in Taupo. The event will take place on Saturday November 27 and Horgan has already begun fundraising.

“It’s not a big effort on my part, although falling 47 meters is not really my thing. But I’m happy to do it so others come on board with fundraising support. That’s what this is all about – raising money for something that can make a direct difference including to kids in our area.”

TLC will support Horgan’s fundraising efforts by running a number of competitions. He’s expected to share his drop moves via the video sharing channel, TikTok and the event will also be promoted on TLC’s social media channels, Facebook and LinkedIn.

“I’m looking forward to making the leap and I know there will be plenty of people urging me to go over the edge, so let’s see how it goes!”