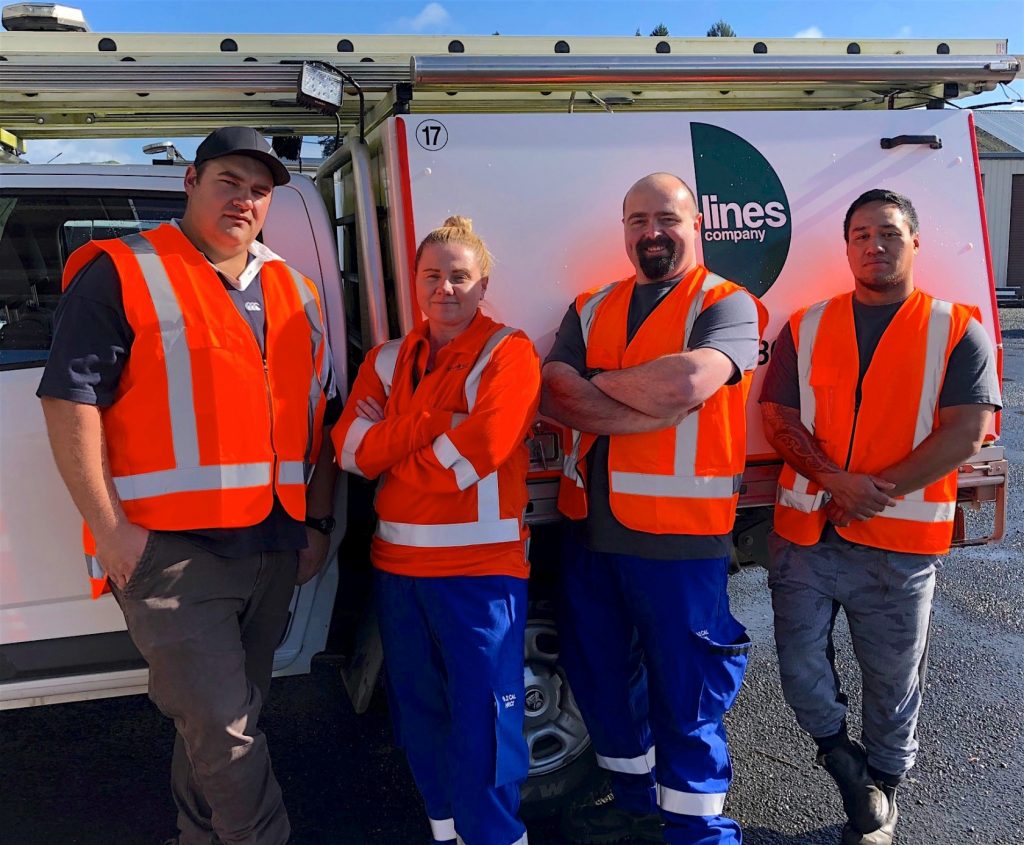 The Lines Company (TLC) is kicking off the new year by opening applications for its sought-after trainee line mechanic programme.

TLC originally established the programme in 2015 and eight people have been involved.  The first four recruits are now fully-qualified line mechanics, still working for TLC based out of Te Kūiti and Taumarunui.

The other four recruits, taken on in May last year, are still in training and heading towards gaining a New Zealand Certificate in Electricity Supply Line Mechanic Distribution. The certificate equates to an NZCEA Level 4 qualification and is highly sought after within the electricity networks industry.

“We have a big workload ahead for the next decade and we need highly-skilled and committed people on board. We’re looking for people who are committed to our community and have a high level of maturity because this is a demanding job.”

Lomas said TLC was not looking for specific backgrounds, but rather the right attitude.

“We had 63 people apply last time and the successful recruits came from varied work backgrounds. One was a mechanic, one a truck driver, one a teacher aide and one a butchery manager. This is all about having the right attitude.”

Lomas confirmed the selection process was challenging but that shouldn’t put people off.  It involves a face-to-face interview plus practical tests involving other members of TLC’s line crews.

“It’s designed to find the people who fit, who have some good practical skills and who have the attitude and commitment we need.”

TLC is advertising the recruitment programme in January in local newspapers and via its Facebook site and website www.thelinescompany.co.nz