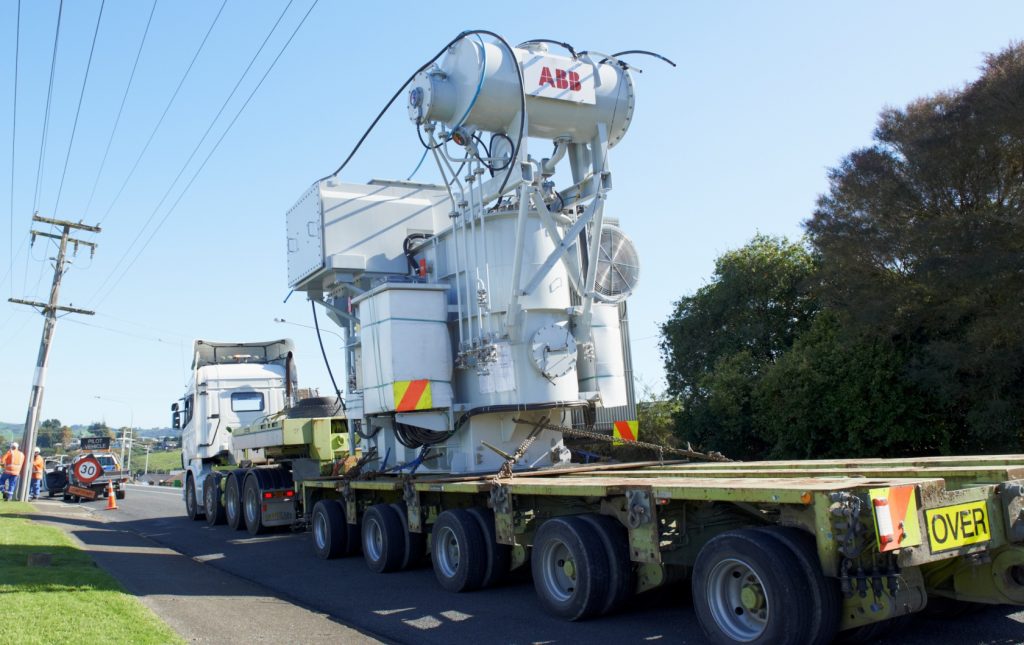 Manoeuvred into place at the end of its 9836-kilometre journey from Vietnam via the Ports of Hanoi and Auckland, the custom-built transformer is one of two that will increase power supply capacity for Ōtorohanga and the surrounding areas.

Weighing in at 38 tonnes, the transformer began its journey south from its Auckland storage point in the early hours of the morning.  Its 5.6-metre transport height meant that power and other utility lines had to be raised and lowered at a number of points along the way to allow the load to pass underneath.

TLC’s General Manager of Network Development, Mike Fox says the arrival of the transformer marks more than a year of preparation that has seen the transformer go through design and manufacture, followed by rigorous inspection and testing to ensure it meets Ōtorohanga and the network’s specific needs.

“It’s great to see the first transformer down on the pad at Te Waireka.  The transport was handled really well with safety front of mind and great collaboration between our team, suppliers and distribution and telco colleagues. We’ve also had amazing support from the local residents.”

Next steps are to fasten the transformer to the pad before the connection, testing and commissioning work can begin.  Other equipment associated with the transformer at Te Waireka, that delivers power to homes and businesses in and around Ōtorohanga, will be upgraded at the same time.

Towards the end of next month, TLC will move one of Te Waireka’s existing 10 MW transformers to Taumarunui where from October it will be used at the Borough substation to increase that town’s supply capacity.