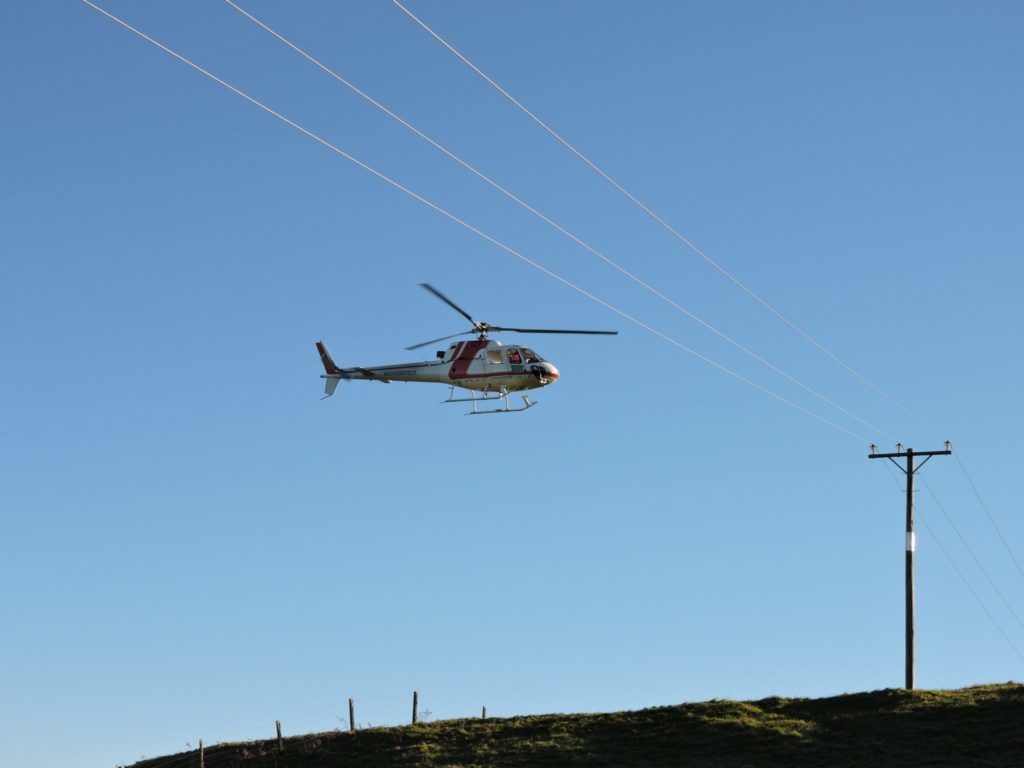 Local helicopters will be back in the air for The Lines Company (TLC) towards the end this month undertaking critical line inspections.

TLC inspects around a third of its massive 11kV line network, plus its whole 33kV line network by helicopter each year. Inspections are delayed until after calving and lambing to minimise any impact on stock. If the weather is good, inspections will continue throughout the summer.

General manager – network Mike Fox said around one-third of the 11kV network and the whole of the 33kV network is inspected annually. This season nearly 2,600kms of line will be covered over terrain that is largely inaccessible any other way.

“In the southern part of our network, in particular, lines go through isolated terrain that’s hard to access; that’s just the nature of the TLC network. Using helicopters is fast and cost-effective and provides us with a wider overview you can’t get from the ground.”

Helicopter inspections were critical for safety and to ensure the reliability of power supply to TLC customers, Fox said. While TLC lines inspectors physically check power poles at least once every 15 years – even in the most remote locations – the helicopter checks allow the company to monitor poles, lines and other assets between those ground-based checks.

“The 33kV lines have a major impact on customers because they transport power to the substations so we take a good hard look at those. At the same time, we assess the poles and wires and check for any potential faults.”

Trees and vegetation also come in for special attention during the flights, Fox said.

“Trees are a real challenge for us across our whole network because 60-70 per cent of power outages in storms are due to trees.”

In April this year, TLC backed calls for an urgent review of tree regulations, saying poor tree maintenance was costing its customers around $80 – $120 each per year.  The company is forced to spend around $1 million a year trimming and felling trees and another $700,000 – $1 million per year fixing faults caused by trees falling on lines.

TLC uses two local helicopter companies, Heli A1 and Western Helicopters. Fox said drone technology was being investigated and a drone trial on one small section of line was planned before Christmas.

“At this stage, however, because drones have some significant limitations, using helicopters for these inspections remains by far the best and cheapest option.”