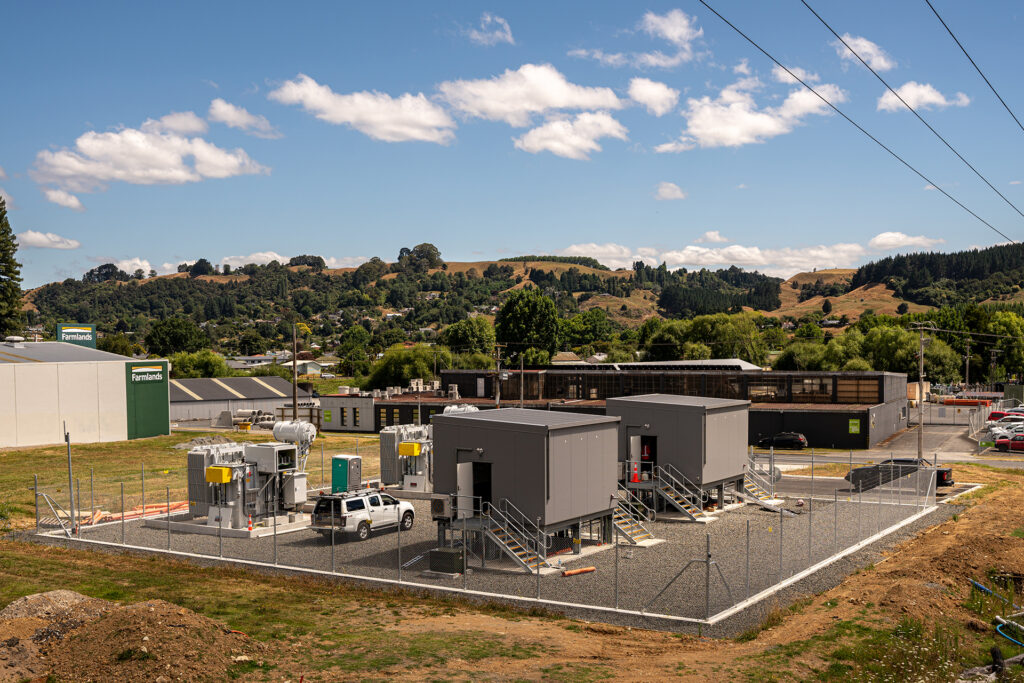 Just 12 months after breaking ground The Lines Company (TLC) has commissioned its biggest new build in more than half a century.

TLC’s brand new, $4.7 million Waitete substation is up and running with all feeders connected, just over a year since the official sod-turning ceremony was held.

The project is the company’s biggest new build since the 1950s, increasing substation capacity by 50 per cent, and enabling an energy supply from the national grid to more than 2,200 households in and around Te Kūiti.

TLC’s GM Network Mike Fox said the project is a “game-changer” in terms of economic certainty.

“For the first time in a long time we’ve got a substation that will reliably supply the majority of Te Kūiti township, industrial customers and the rural community for decades to come,” he said.

“That’s a step-change in terms of providing economic certainty and allowing for growth. I’m incredibly proud of our staff and contractors who, despite some really tough circumstances, have delivered this project safely and well. It’s a milestone for the community and for TLC.”

Waitomo Mayor John Robertson, who was present at the sod-turning last year, said it was heartening and positive to see solid investment into the local economy.

“I’m very pleased to see the project complete because it represents real confidence in the growth of our district. The community will see immediate benefits in terms of reduced outages and improved reliability, and I’m thrilled about that.”

The new substation has been built on TLC land across the road from the current Waitete depot and substation. It contains fit-for-purpose plant and means TLC can undergo planned maintenance, knowing there is a fully backed-up energy supply. The old substation will be progressively decommissioned over the next six months.

TLC Chair Bella Takiari-Brame noted the project was part of a much wider $47m investment programme across its fleet of 29 substations that supply the TLC network. Across the next 10 years, TLC is budgeting around $210m for network upgrades including major works at 15 of TLC’s key substations.

“Those are big numbers, and they show a real commitment from TLC to our role as an economic enabler,” she said.

“We need to make sure our network is future-fit and able to deliver what our communities need – not just now but for a future that supports New Zealand’s Net Zero Emissions by 2050 target. Waitete is an investment in our assets, but first and foremost it’s an investment in our region and our people.”