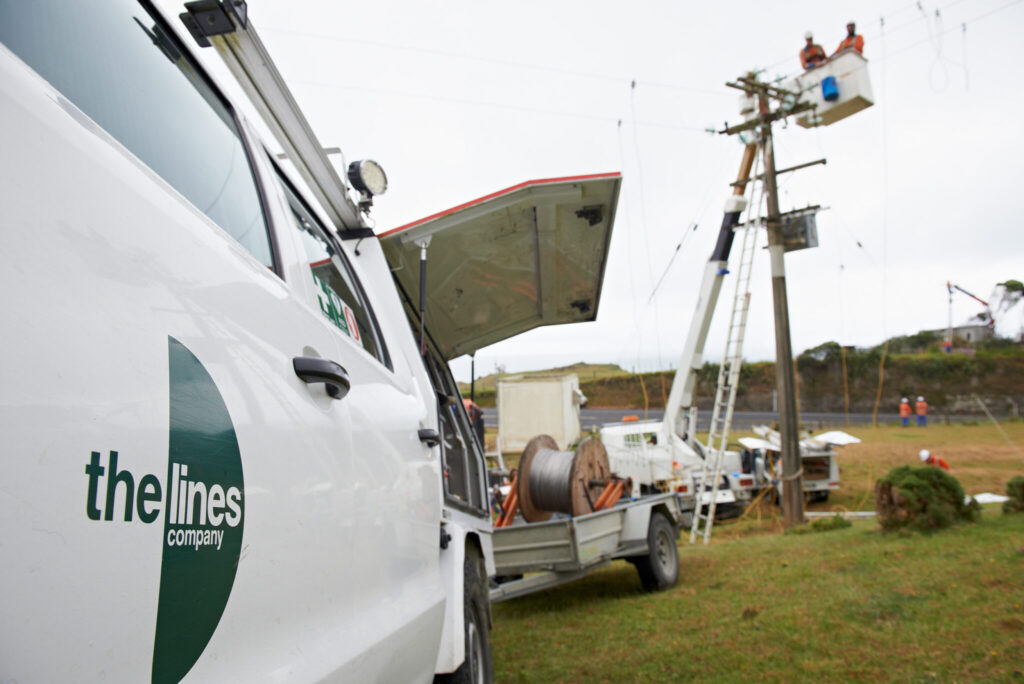 The work is part of TLC’s asset renewal programme which sees the electricity distributor investing $5.6m this year to increase the overall reliability of power supply to the wider TLC network, including Piopio.

TLC’s GM Network, Mike Fox, said this type of work equated to about one third of TLC’s planned investment in the network this year.

“We’re taking a proactive stance on investing in line renewals to reduce the chance of unexpected power outages affecting customers for extended periods of time.

“The cross arms holding up lines in Piopio were recently checked and the result of the inspection told us they are nearing end of life. In the interests of keeping our community safe and connected, we’re replacing the arms now to reduce the chance of unplanned outages in the future,” said Fox.

The planned work in Piopio also includes the replacement of an existing pole mounted transformer which is approaching end of service life.

TLC are also taking advantage of the planned outage to prepare the site for a new EV charger, to be installed outside the playground on the corner of Moa and Tui Streets later in the year, further expanding the EV highway in the region.

The planned outage takes in SH3, Tui Street, Kaka Street and View Terrace areas with traffic management in place on the day, helping keep locals and visitors safe while the work is completed.

Carried out at the red traffic light setting and under strict COVID-19 protocols, TLC’s team will be supported by crews from Northpower’s Waikato branch – a TLC approved contractor.

“We are very focused on keeping our community and our teams safe during this time.

“Following our strict operational framework, crews will use appropriate PPE as required and work to our COVID-19 protocols, which are based on industry wide standards” confirmed Fox.

Power will be off for affected customers from 8:30am through to 5:00pm on Sunday, 27 March – during this time eight line mechanics will safely replace 14 cross arms and install the new transformer. Updates on progress during the day, including estimated restoration times will be posted on TLC’s Facebook page and available on the outages section of TLC’s website.

For more information about this project and others visit: NETWORK-PROJECTS