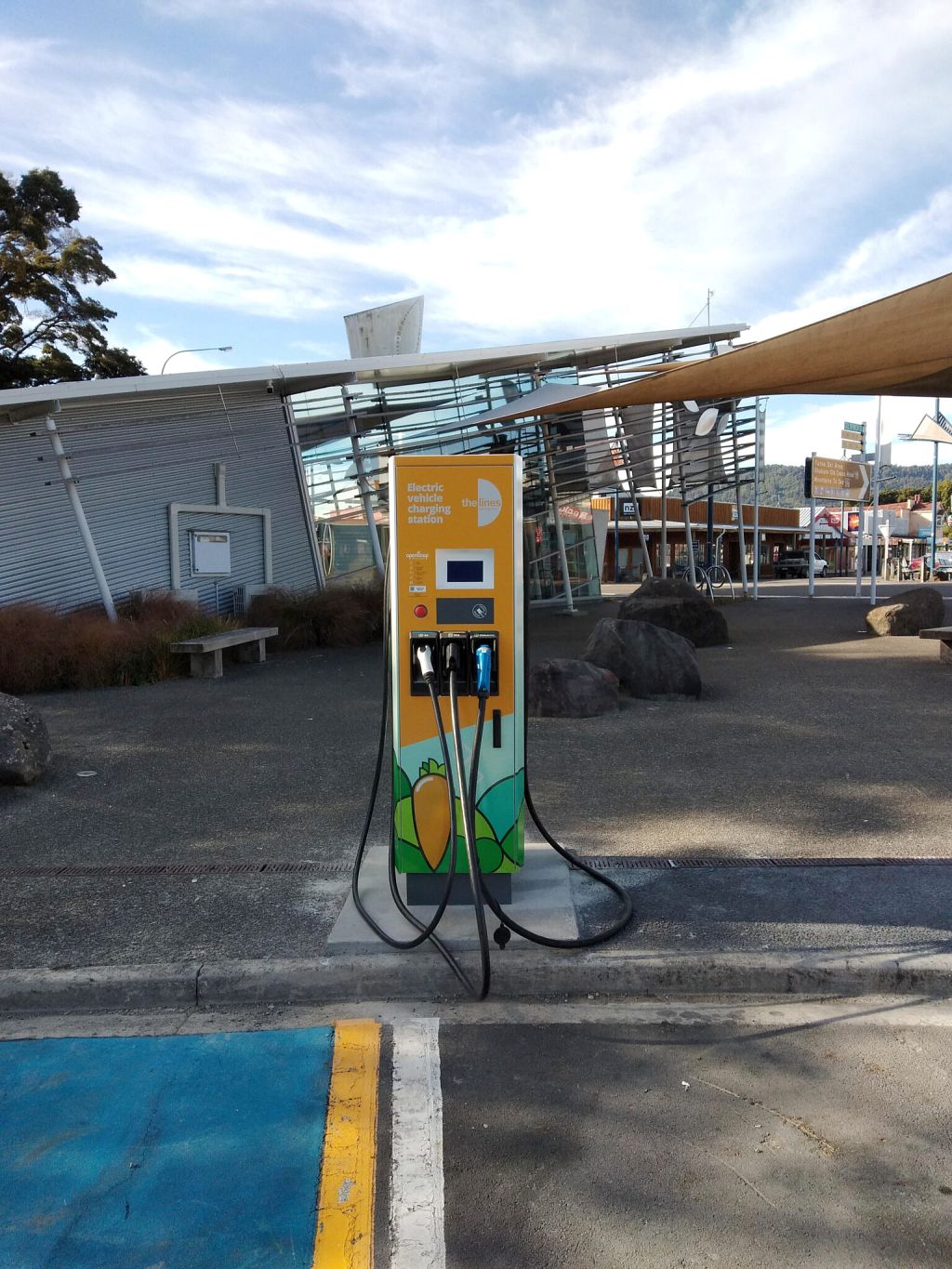 Located at the i-SITE visitor parking off Mangateitei Terrace, the latest edition to TLC’s fleet of EV chargers at hotels and motels across the network, delivers an essential service for EV drivers in the Ruapehu District and beyond.

TLC has now installed 44 EV charging units across its network region with co-funding from the Low Emission Vehicles Contestable Fund, which is administered by the Energy Efficiency and Conservation Authority (EECA).

TLC GM of Network Mike Fox says there is growing demand for EVs and supporting charging stations. “We’re seeing more and more electric vehicles on our roads, throughout the region.

“Like EV drivers, we are big fans of this new technology and we’re putting EV’s into our fleet wherever possible.

“We’re well down the track of building an EV friendly network with the furthest travelling distance between chargers now only 70km.

The new charging unit in Ohakune is the second of three 50kW fast chargers being installed by TLC. The lines business installed the first fast charger in Ōtorohanga late last year, with the third due to be commissioned in Taumarunui in April.

“Our new fast chargers work really quickly. Customers can expect an 80% charge to take only 15 to 25 minutes depending battery level and the make of vehicle.”

The Ministry of Transport reported there are currently 23,046 registered EVs on New Zealand roads, with the predictions that EVs will make up 40% of the national vehicle fleet by June 2040.

Ruapehu Mayor Don Cameron believes the new charging station is a great addition to the town. “More and more visitors to Ohakune and Ruapehu are arriving by electric vehicle”.

“We’ve seen real benefits from TLC’s charging stations at National Park and now with the fast charger at Ohakune visitors can confidently drive around our magnificent District, taking in all the sites and helping to grow our economy.

It’s a real positive for our community.”

TLC’s new charger at Ohakune features the OpenLoop mobile app payment facility and is available for use now.