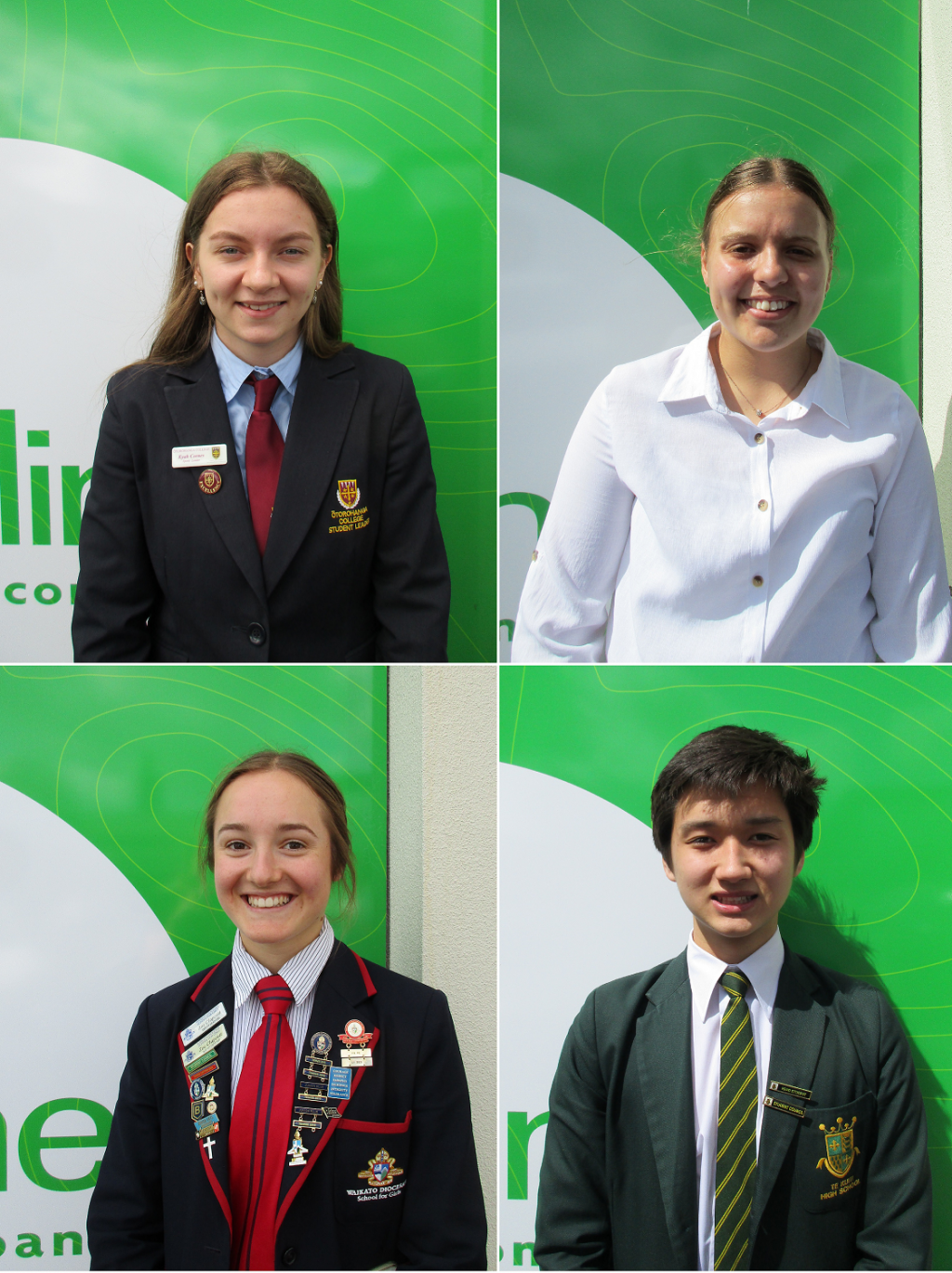 Te Kuiti High Schools head boy and chairman of the Student Council, Sam Meads, is one of the four scholarship recipient’s this year. He will be attending either the University of Auckland, AUT, or University of Waikato to study a Bachelor of Engineering.

The other recipients include Otorohanga local and Waikato Diocesan School for Girls head girl, Zoë Clapcott. Zoë is heading to the University of Canterbury to study a double degree of a Bachelor of Law and a Bachelor of Communications.

Director of her own company, Kiwi Shack, and Otorohanga College student, Leanne Hofer is the third recipient of the TLC scholarship. Leanne will be attending the University of Waikato to study a Bachelor of Engineering.

The fourth recipient of the scholarship and Sports leader for the Otorohanga College Sports Committee is Kyah Cornes. Kyah will attend the University of Waikato to study a Bachelor of Business.

Each of the four recipients will receive $2,000 per year for three years towards their tuition.

TLC Chief Executive Sean Horgan, who is part of the scholarship selection panel said, “we had only intended to grant three scholarships this year, but the calibre was such that we extended that number to four”.

“They are an impressive group of young people who we’re proud to support. TLC looks forward to continuing this programme into the future as we know that it benefits the local community and further grows the skill base in the King Country” he said.