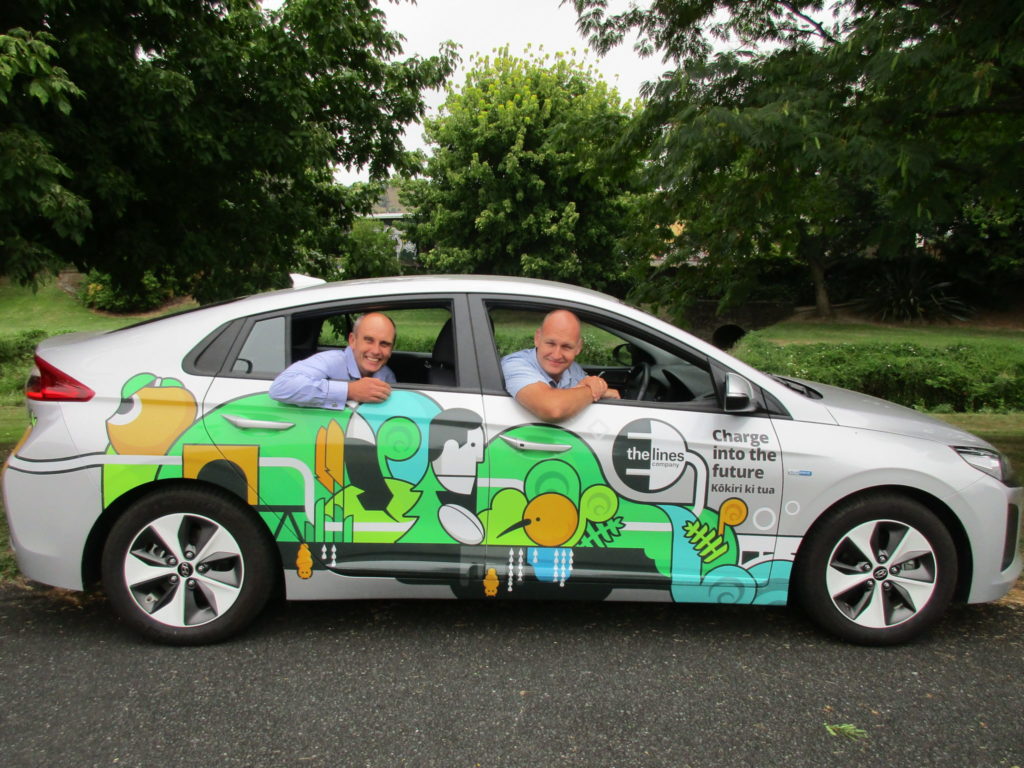 TLC on board EV revolution

The Lines Company (TLC) is showcasing its support for electric vehicles by putting three of its own distinctive electrically-powered cars on the road.

Three electric vehicle (EVs) – one fully electric and two plug-in hybrids (combining electricity and petrol) – have been added to TLC’s fleet as part of its normal replacement policy. Two EVs have been sign-written and will be pool cars shared among staff as required.

Chief executive Sean Horgan said it made sense for TLC to “embrace electric” given the company was a key driver behind the installation of  EV chargers throughout the King Country last year.

In 2018, TLC won a government grant and worked alongside local accommodation and tourism businesses to install 13 EV chargers in National Park, Ohakune and Ōtorohanga.  More chargers will be installed throughout the rest of the region between now and May, including in Taumarunui.  In Taumarunui, the chargers will be installed at Kelly’s Riverside Motor Inn on River Road, Alexander Spa Motel on Marae St and in Hakiaha Street.

“Part of our role in the region is to support and enable economic growth and development and our support of EV infrastructure is part of that,” Horgan said.

“There’s now 12,000-plus EVs on New Zealand roads and that’s growing pretty quickly. We need to encourage those vehicles to drive through our region, stop, charge up and hopefully stay a while.”

Horgan said adding EVs to TLC’s fleet meant the company was better placed to understand the impact of EV technology on its distribution network.

“Government carbon and renewable initiatives are clearly moving in this direction and EVs will be a bigger and bigger part of New Zealand’s future. We need to understand what that means for us and our community so we can provide the right support,” he said.

“We’re already seeing changes in the national tourism fleet and there’s also a growing number of electric trucks, buses and even farm bikes including on our patch. Through our own EVs, we’ll be better able to support the needs of locals who may become involved with this technology further down the track.”