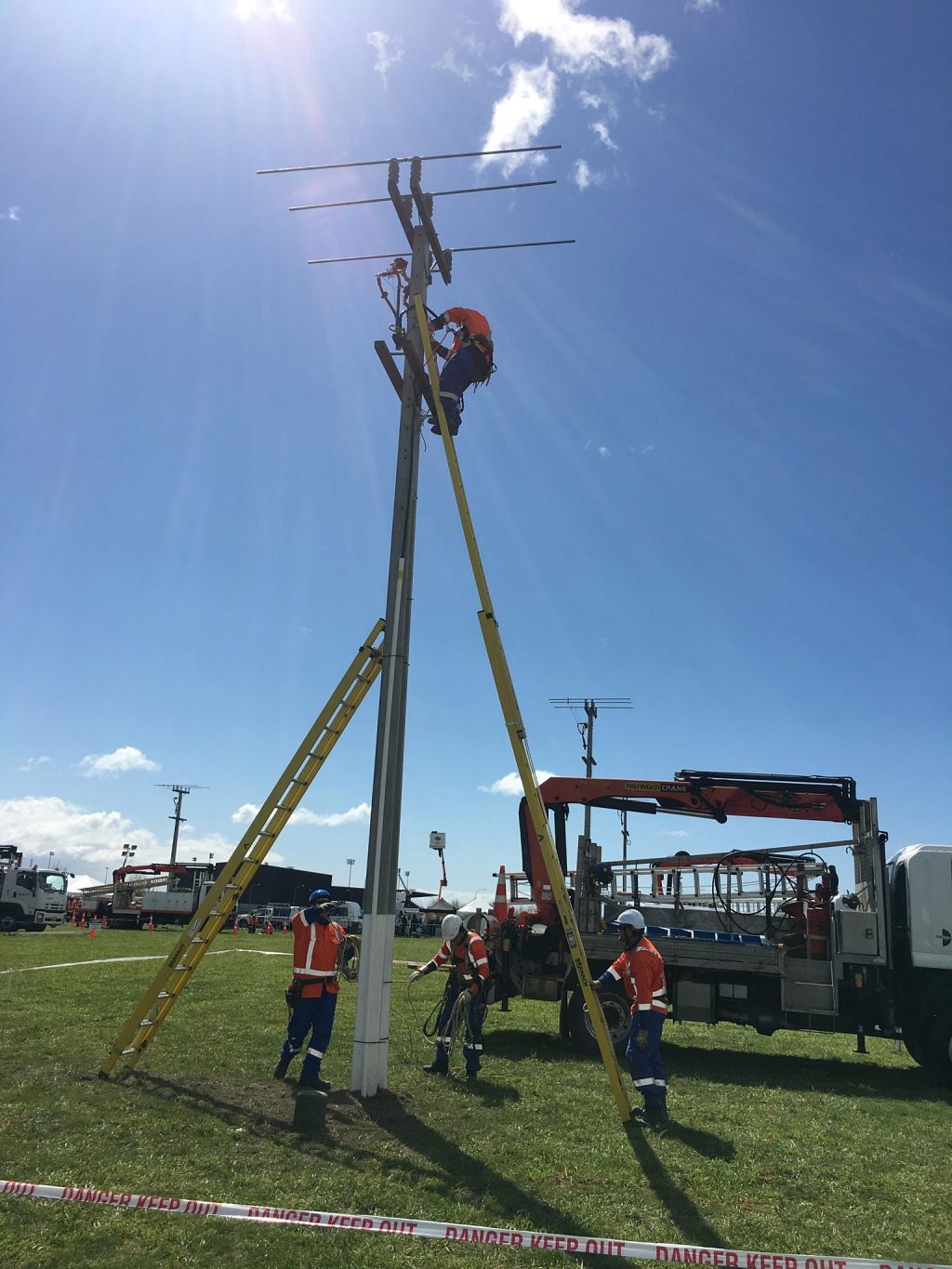 TLC’s crew in action and on their way to winning a title at the national competition. 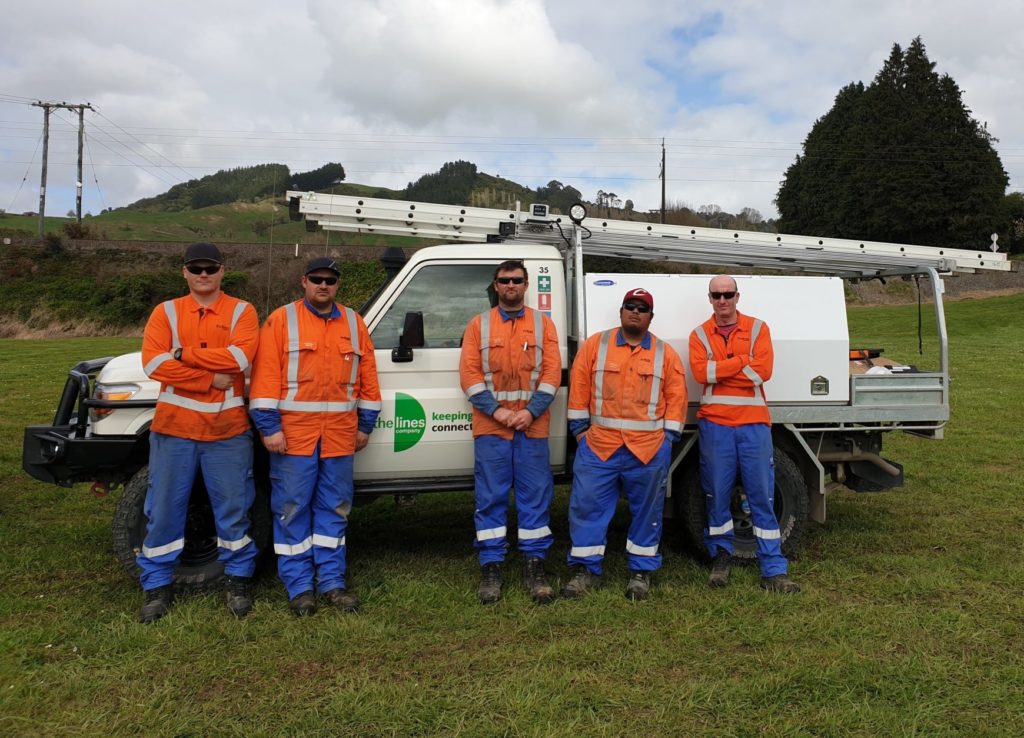 A team from The Lines Company (TLC) has been judged one of New Zealand’s best after taking out one of the top spots at a competition for electricity industry crews.

For the first time in many years, TLC competed at the Annual Connection event, a tough competition designed to test the best lines crews in New Zealand. After three days of competition in Hawke’s Bay, testing 14 different activities, TLC came out tops ahead of 11 other teams in the ‘Hardware Install’ category, proving they were best at installing hardware on power poles.

TLC’s team was led by foreman Patrick Youngman and included linesmen Jordan Hughes, Miguel Camitan and TLC trainee Hamish Reynolds. TLC team leader Tony Gannon filled in for Jordon at the last minute when he was taken ill. Only Miguel and Tony had been involved in the industry competition before. All team members walked away with $200 in prize-money.

The event is the only type of its kind in New Zealand. It aims to showcase the key role the industry plays in maintaining vital national infrastructure, promote health and safety, recognise excellence and showcase new technology and innovation.

TLC’s general manager — network Mike Fox said he was “extremely happy” for the TLC crew, but not surprised their skills were recognised.

“Our crews work some of the toughest terrain in New Zealand and in pretty rugged conditions at times so they have to be at the top of their game. They are a very, very highly-skilled bunch of people and we’re lucky to have them. And it’s great to see them being recognised by the whole industry for their expertise; they deserve it.”

Fox said he hoped TLC would send a crew to the Annual Connection competition every year.