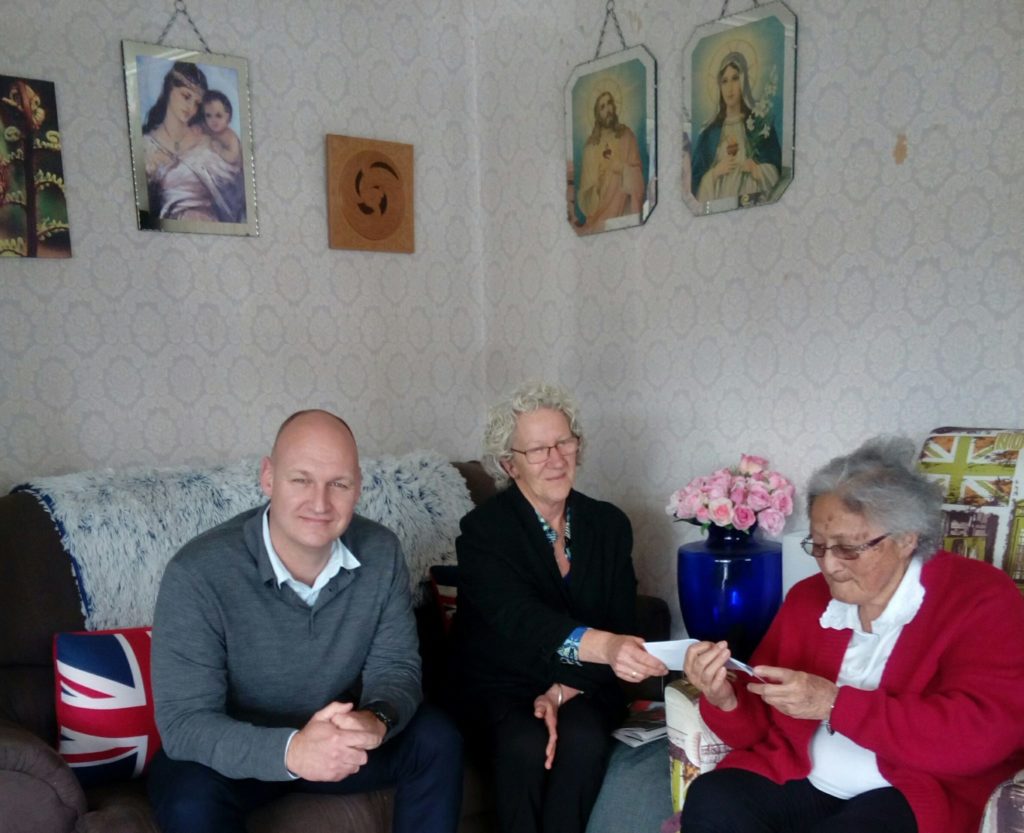 Well-known Te Kūiti identity Sarah Ashby has won her second big prize for the year, picking up $3,000 towards home heating from The Lines Company (TLC)

TLC offered the cash prize as part of a winter promotion encouraging people to sign for SmoothPay.  SmoothPay allows customers to pay the same amount each week, fortnight or month, depending on what they choose.

Because payments are never missed, all SmoothPay customers are guaranteed a 10 per cent discount on their bill.

Sarah’s son Shane set up SmoothPay for her and entered her in the draw. It was drawn under police supervision at the end of this month and TLC chief executive Sean Horgan said the prize couldn’t have gone to a better person.

“Sarah is a local legend.  She’s volunteered at the Te Kūiti foodbank for 27 years and has been involved with Victim Support, Citizen’s Advice, Women’s Refuge, the Waitomo Indoor Sports Stadium and more. Over her lifetime, her and her late husband Charlie fostered eight kids,” Sean said.

“At 82, Sarah is still helping people in the community so we’re rapt the prize has gone her way.”

Sarah said she felt a bit “overwhelmed” when told of her win.

“It was a really, really lovely surprise since we’d won a smart vent from Marshall Electrical in February.  It was nice. Then I thought ….wow, it comes in threes. I might win Lotto – but I haven’t!”

Sarah, who had a choice of a  winter holiday or cash prize, says she will use the TLC money to install a heat pump in the lounge.  She has no regrets about signing up to SmoothPay

“It’s really, really good and it is easier on the pocket.”

TLC customer experience manager Peter Makara said SmoothPay means no surprises because the amount due to TLC is always the same. The regular payment is paid by direct debit and can be adjusted up or down but only if both the customer and TLC agree to any change.

Every so often TLC will check to make sure what the customer is paying is right and if an adjustment is needed, will contact the customer to discuss it.

“It’s helpful for those on a budget because there are no unexpected bills,” Peter said.

“What happens is that most people build up a credit during summer, which they then use up over the winter months so there is no chance of falling behind on payments.”