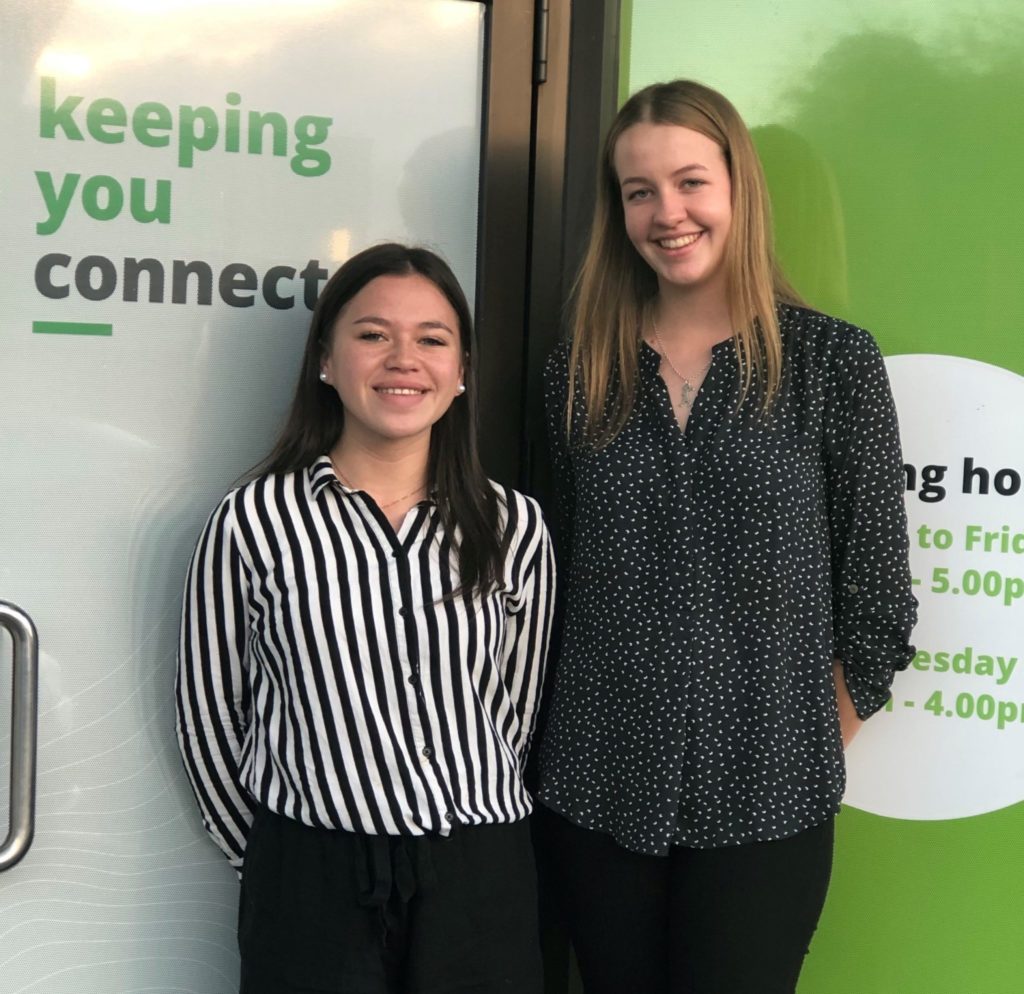 Paige Coffin-Bell and Gemma Gaukrodger were two of five local students to win TLC scholarships last year.  TLC is now calling for another round of applications.

Former winner tells others to ‘go for it’

King Country school leavers planning to train or study next year are being urged to apply for a three-year scholarship by one of last year’s recipients.

Now TLC is calling for a new crop of scholarship applications and Paige’s advice is simple.

“Just go for it, you’ve got nothing to lose,” she said.

“I went into it quite nervous because you typically think you won’t get it but it’s far better just to try. I would definitely encourage people to give it a go. It’s not just about the scholarship. It opens up more opportunities and you’ll make some good connections.”

In addition to their scholarship money, Paige and another of last year’s winners, Gemma Gaukrodger, also secured paid work at TLC during their university holidays.  TLC chief executive Sean Horgan said the holiday jobs were a way of exposing them to the industry.

“Paige and Gemma did a great job, it was really good having them around,” Horgan said.

“I’d love to see others come through as well so take Paige’s advice, look at what the scholarships are about and give it a go.”

“The scholarships are not just for those who plan on going to university. We’re looking to support King Country school leavers who will be doing some training in the kinds of jobs we need here at TLC. That could be anything from a university degree to a trades apprenticeship.”