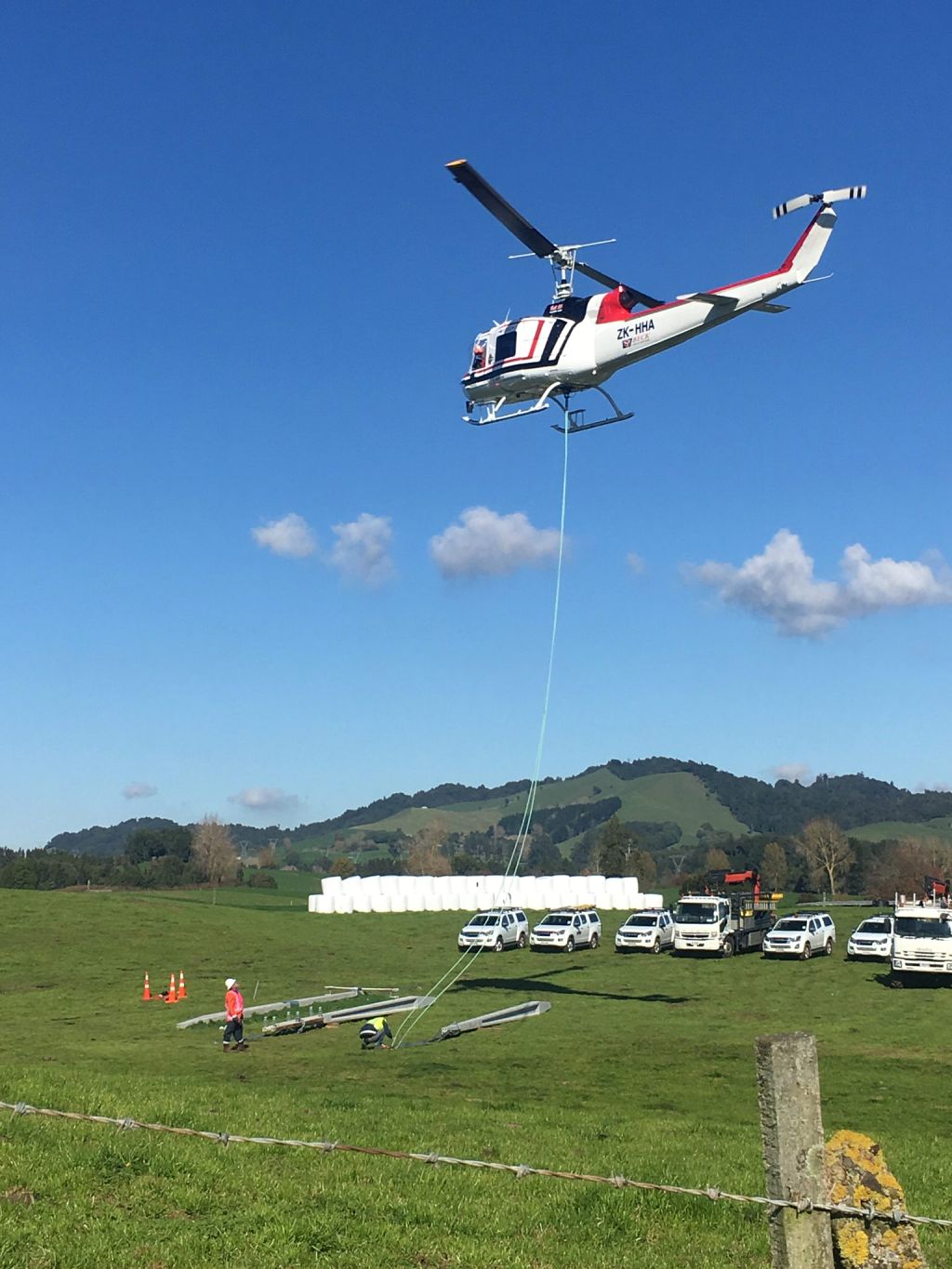 A helicopter is being used to put poles in the difficult terrain near the Arohena Primary School.

Arohena to get boosted power back-up

Ongoing challenges in guaranteeing a reliable back-up power supply for Arohena are set to be resolved.

The Lines Company (TLC) has confirmed it will invest around $1.7 million installing a new back-up power supply from the Arohena substation which feeds around 550 farming customers. The work will resolve issues which have left farms and other customers vulnerable to power outages.

At times, TLC has brought in generators to keep the power on because the available alternative supply has been limited and the company was not prepared to have customers wait.

General manager – network Mike Fox said he was relieved the long-planned work was on schedule and “locked in”.  The upgrade was part of a bigger picture which included the completion of upgrades at Hangatiki and Te Waireka substations.

“We couldn’t move on resolving the Arohena back-up issues until those substations were upgraded. But we can now proceed and it means we will have a reliable back-up for Arohena customers should there be any issues with the transformer or sub-transmission lines at the Arohena end,” he said.

“That’s a relief for us and for our crews and will also be a relief to our customers who, at times, have undoubtedly had to wait too long for power to come back on. There may still be outages because of things beyond our control.  But this project means that, if there is a fault at our Arohena substation or the line supplying it, we’ll be able to restore power within an hour.”

TLC contractors completed the first stage of the bigger project last month with stage two to kick off in June and be complete by January 2020. The final stage will begin prior to Christmas and finish next March.

Fox said while work was underway there would be some planned power outages, but only during school hours and outside of milking times. Customers will get at least a week’s notice and schools in the area will be supplied with generators, he said.

He acknowledged there would be some short-term inconvenience but said it hoped it would be worth it to solve a long-term issue.

“Because we’re doing the work over winter, we know there will some challenges.  We’ll also need to mindful of calving when the season starts so we’ll be liaising closely with landowners and farmers the whole way through.”