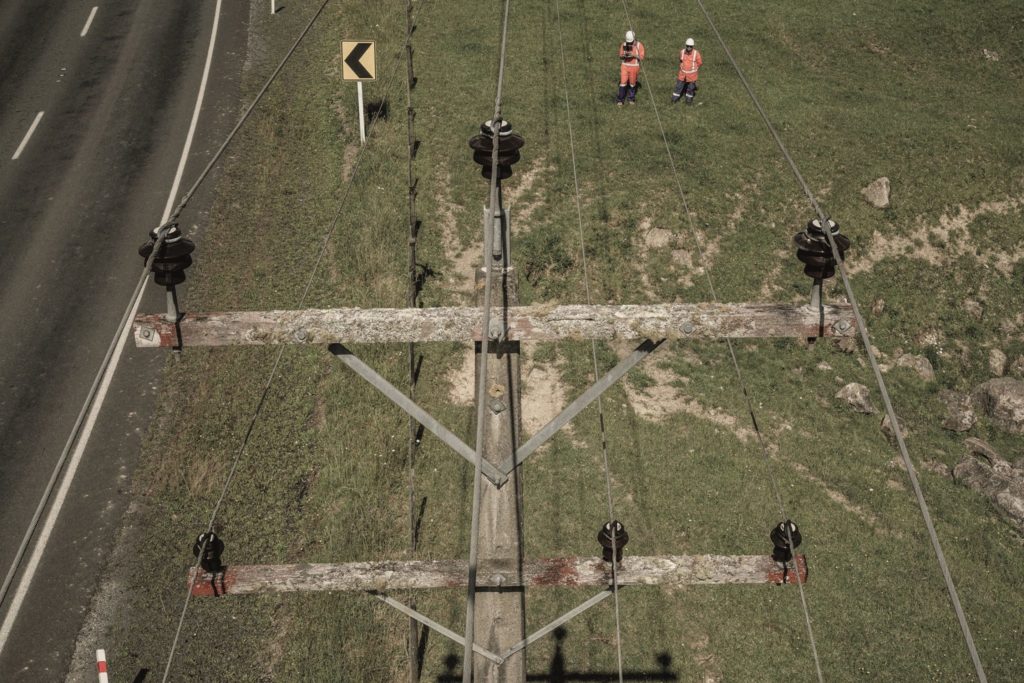 TLC have begun using drones to check its network after a successful trial last year.

Seasonal helicopter inspections will begin shortly as The Lines Company (TLC) continues using new ways to check on the safety and reliability of its network.

TLC uses helicopters to inspect around a third of its power lines (around 2,000km) each summer, checking poles, lines and other assets in challenging, mountainous terrain. While all poles are physically checked at least once every 15 years – even in the most remote locations – helicopter assessments allow TLC to monitor poles, lines and other assets in between. That includes a solid assessment of 33kV lines which transport power to the network’s substations.

“Essentially, the drones give us the ability to look at poles a lot more closely so we can better assess what needs replacing and  by when,” Fox said.

“The information and photographs they provided meant we were able to adjust our programme and delay some replacement work. So we’re getting better value from our existing assets and we’re able to better prioritise what needs to be done, first.”

Both drones and helicopters are critical to TLC’s safety programme and to ensuring the reliability of power supply to customers, he said.  By identifying issues before they create a fault, they can be fixed before an outage affects customers.

Drones continue to have some limitations but they have proven to provide real value, he said.

“Using helicopters is fast and cost-effective and alongside drones, we’re now getting a much wider and faster overview that inspection teams just can’t get from the ground.”

“It would take three people 15 years to inspect each pole on our network by foot; that’s just not an option.”

Previous helicopter inspections had thrown up issues caused by lightning strikes and falling trees. In mid-July, helicopters quickly identified a tree-related fault in rugged scrub country in the Waikawau-Mokau area.  That outage left a number customers without power for hours.

“Potentially, that outage could have lasted days without using helicopters because finding the fault in those conditions, on foot, would have incredibly challenging.  And it would have meant putting our crews into a rough and isolated area where they would have faced unnecessary risk.”

Helicopter inspections, while weather-dependent, will continue throughout the summer, he said. Inspections will not begin until after lambing or calving to minimise any impact on stock.