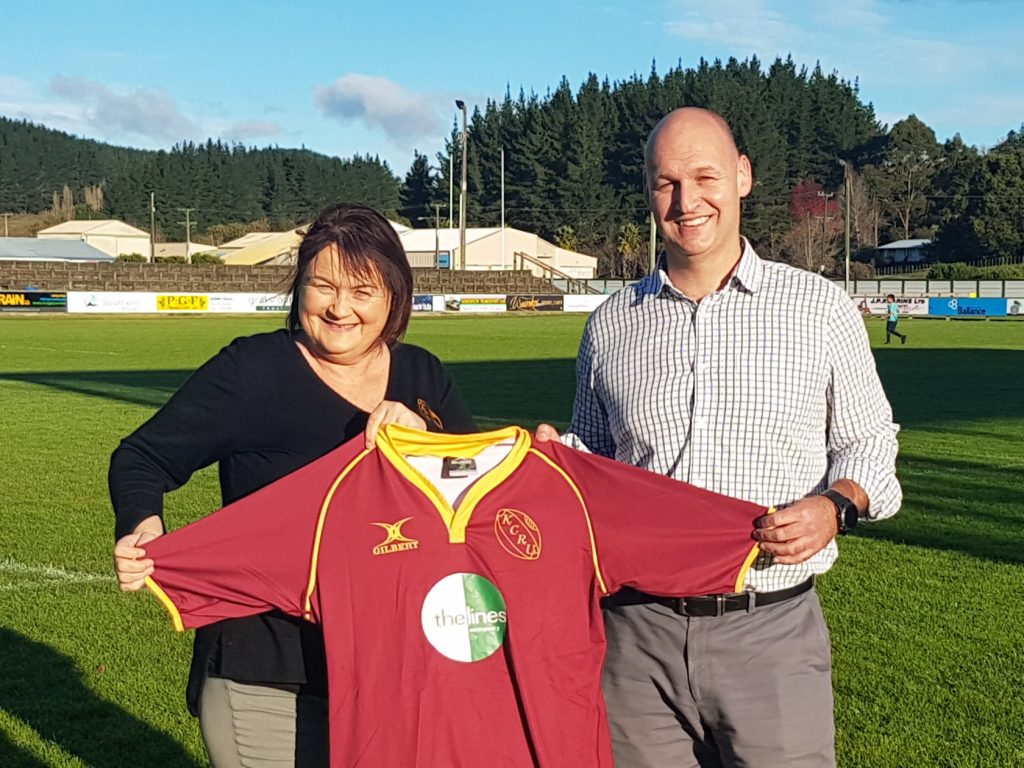 TLC chief executive Sean Horgan confirmed today the company has signed a long-term sponsorship agreement with the King Country Rugby Football Union. The deal, which involves funding and other support, is aimed squarely at supporting some of the region’s youngest talented players.

While the local company has supported provincial rugby for many years, this new deal throws solid support behind the King Country-wide under-13 competition. It will also see TLC sponsor the King Country’s under-18, under-16, under-14, Roller Mills and under-45kg representative teams. In additional to financial help to cover meals, travel, laundry, medical supplies and gear, TLC will supply Player of the Day prizes for the representative teams.

King Country Rugby Football Union general manager Susan Youngman said about 375 junior players will directly benefit from the TLC sponsorship but that junior rugby would be the biggest winner overall.

“TLC has supported local rugby since 2008, particularly junior rugby, but it’s been a bit ad hoc. This new agreement is really good because its long-term and it’s focused on the juniors who can sometimes struggle to attract financial support. It also means the players will feel some ownership of their own sponsor,” she said.
“Instead of using our time and energy to focus on securing sponsorship we can look at a whole range of other issues to ensure junior rugby in the King Country is well supported and that our kids thrive.”

Horgan said sport and particularly rugby was at the “King Country’s core” and that TLC was happy to support it.
“We’re particularly pleased to support competition for younger players because if there are barriers to kids getting involved, we’d like to help break those down,” he said.

“Of course, we want the teams to do really well and they will because this is the King Country. But the score-line doesn’t really matter to us; what’s important is that talented local kids have an opportunity to be involved.”

team at TLC, given how many of the staff have kids playing in local competition.
“Part of being a good employer is about giving something back to people and this is something we can all win from.”

Junior King Country rugby competition began in early May and will go until mid-August.