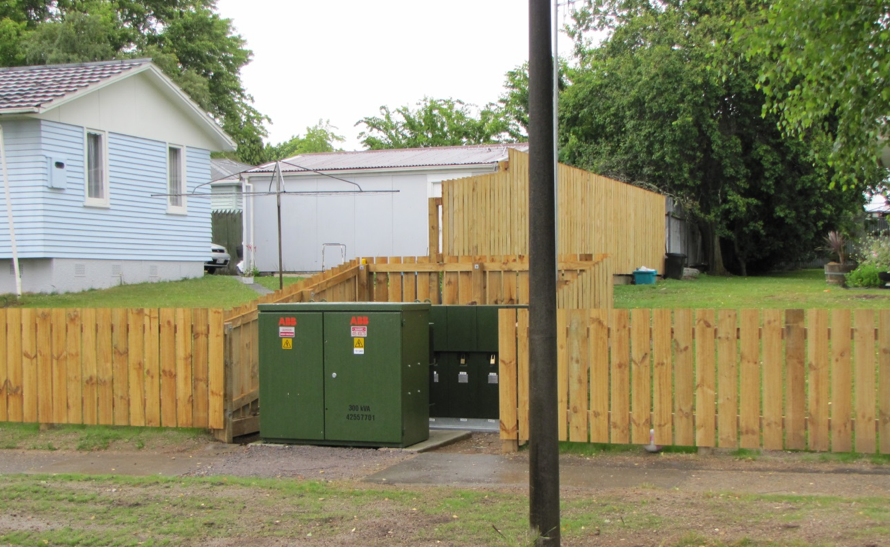 Over the next three years, The Lines Company will ensure all its ground-mounted transformers are safer and less obtrusive.

The Lines Company transformers to be upgraded

The Lines Company (TLC) is set to begin a $4.3 million programme to upgrade 65 ground-mounted transformers across its network.

A review last year indicated that while the transformers posed no immediate danger, the way some were historically housed did not meet current safety standards.

Network development general manager Mike Fox said some other lines companies around New Zealand were facing the same issue as standards have progressively become more stringent.
“It’s not something unique to us but it is something we want to tackle head-on and as quickly as possible.”

Over the next three years, 65 transformers across the network will be replaced with modern, standard transformers that are less obtrusive and more robust. As an interim measure, TLC has already installed insulation and other barriers on existing transformers.

“This is primarily about safety but we’re also conscious of ensuring our infrastructure isn’t a blight on the landscape.”

In April this year TLC detailed plans to invest roughly $13.5 million per year over the next decade to improve the reliability and safety of the local power supply, plus allow for growth. Changing how ground-mounted transformers are housed is part of that asset management plan.