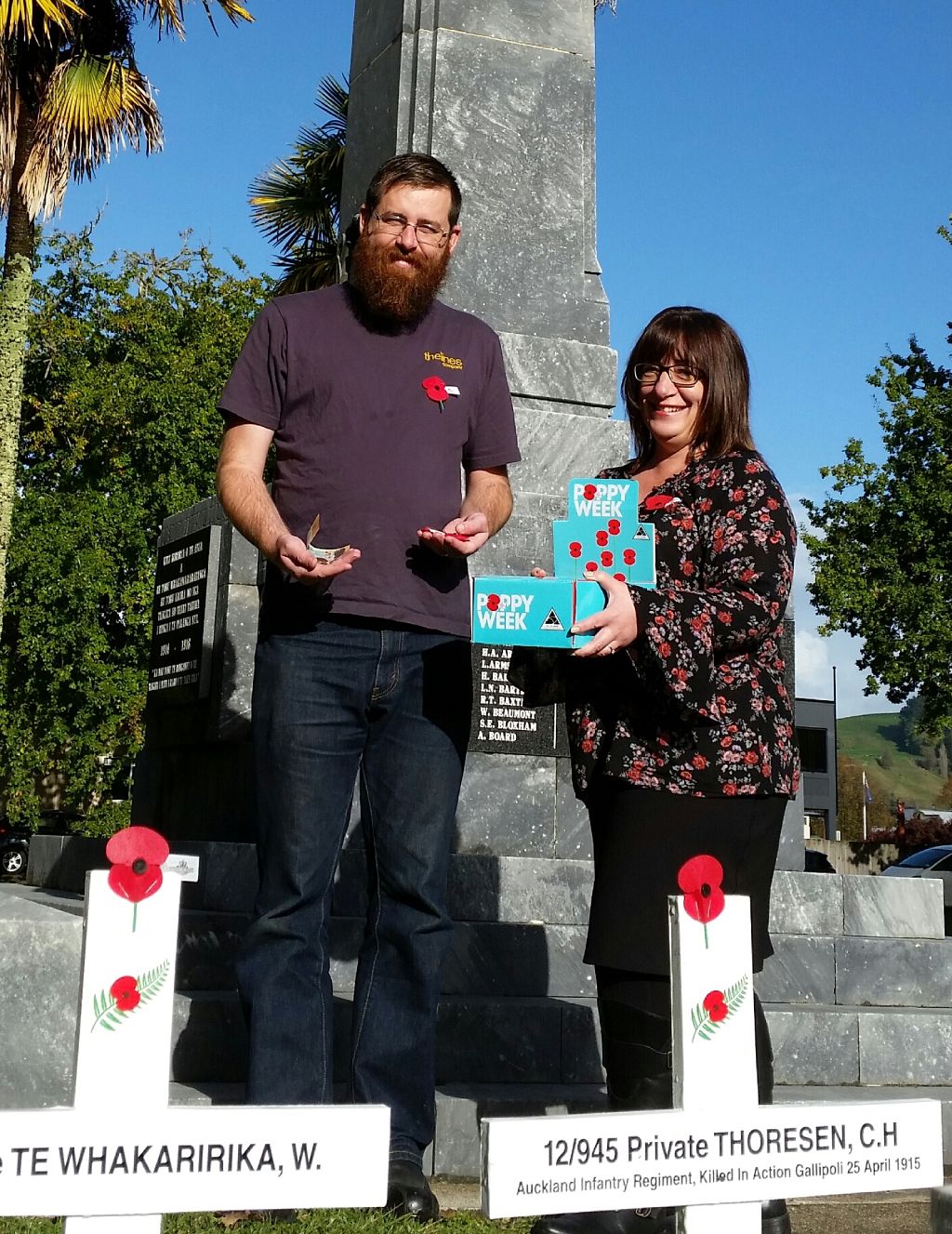 This Friday several of The Lines Company (TLC) staff will be out and about in Te Kūiti joining other volunteers in support of the annual Returned Services Association (RSA) Poppy Day appeal.

In a 96-year-old tradition started in 1922, volunteers exchange distinctive red poppies for a donation in support of New Zealand’s current and ex-service personnel and their families.

The poppies, sold on the Friday before Anzac Day, commemorate the first flowers that grew in the battlefields of Flanders in Belgium during World War One.

To make a donation and wear a poppy to acknowledge sacrifices made, look out for TLC members outside the Z Service Station on Te Kumi Road and Te Kūiti Bakery on Rora Street.  Poppies are also available for sale to those visiting Reception at TLC’s King Street office.

Volunteers and poppies will be available throughout the King Country and Ruapehu region with all funds collected going to the RSA.