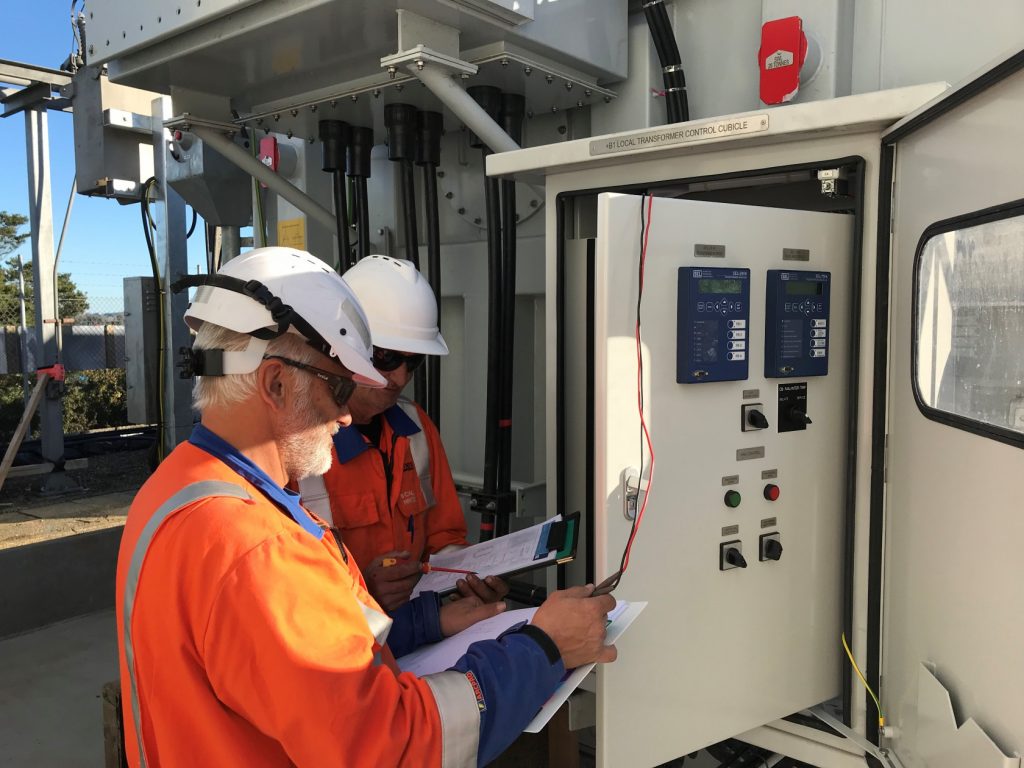 The second stage of The Lines Company’s (TLC) $1.9 million upgrade of Ōtorohanga’s Te Waireka substation gets underway early next week.  Work to increase capacity from 20 to 30 Megawatt (MW) began in March, and in May saw the delivery of one of two brand new 15MW transformers.

TLC experts have since installed, livened and tested the unit, which has been commissioned and is supplying electricity to some 3000 customers in Ōtorohanga and north of the town.

TLC has allocated $20 million over the next 10 years specifically to maintain and improve supply from key substations, including Te Waireka and Hangatiki where work starts shortly to add a 20MW transformer at a cost of $5 million.

“It’s all about future security and reliability for the network.  The area is growing and will need more electricity in the future.  We want to see it well positioned to take full advantage of future opportunities,” says Mike Fox, general manager of TLC’s network.

As a first step to preparing for delivery of a second purpose-built unit around late September, one of Te Waireka’s original 10MW transformers will be removed to storage.  Later this year both former Te Waireka units will go to TLC’s Borough substation where they will be used to increase power supply reliability for Taumarunui.

The new round of construction at Te Waireka Road is scheduled from July to October 2018.  Local residents and road users are asked to be aware of occasional short-term road closures and parking limitations in the area while materials and equipment, including the second transformer, are delivered to the site.