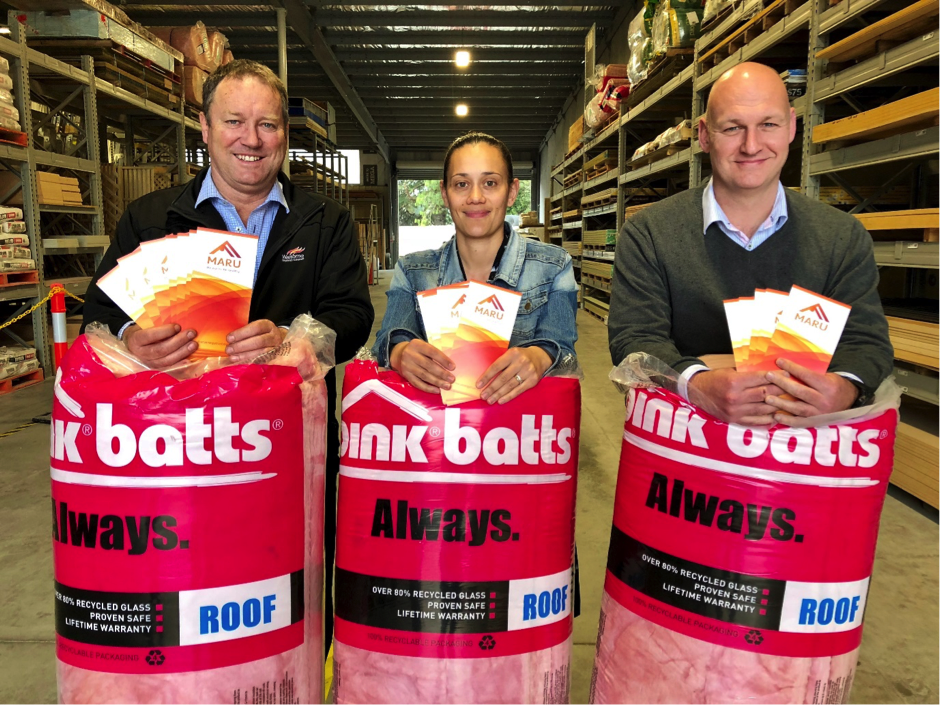 A new charitable trust has been established to help more local families be warm and healthy.

Maru Energy Trust, an initiative of The Lines Company (TLC), has been set up as an independent trust to directly target poorly ventilated, damp and uninsulated houses in TLC’s network area. TLC has provided seed-funding of $140,000 to cover initial set-up costs including a dedicated manager. TLC will host a small function in Te Kūiti tonight to launch the Trust.

TLC chair Mark Darrow, who is originally from Taumarunui, said the not-for-profit trust was aimed squarely at the “disproportionate” number of local families who live in cold, damp houses and struggle to heat their homes.

“Locally we have a high number of uninsulated houses and a high proportion of low or modest income earners. That’s the reality and TLC is acutely aware of that,” he said.

“Everyone, including the Government, recognises the very negative health and social impacts from living in cold, poorly ventilated homes. This practical, locally-driven initiative is a way to get something done which will have long-term benefits.”

Mr Darrow noted the Central North Island had not done well out of national energy efficiency programmes, largely because of a lack of insulation service providers and third-party funding. In the Ōtorohanga, Waitomo, Ruapehu and Taupō districts only 4,269 homes had received subsidies from the Energy Efficiency and Conservation Authority’s (EECA) long-running Warm Up New Zealand programme – just 1.4 per cent of homes insulated nation-wide.

“That means there are a large number of homes in our network area that will directly benefit from insulation and other measures. Down the track, the Trust will look things like curtain banks and efficient heating but initially, its focus will be on free appraisals and educational material and helping to insulate homes throughout the King Country.”

One full-time employee will help establish Maru, set targets and co-ordinate work on the ground. Efforts to recruit that employee will start immediately, Mr Hanna said. Maru already has social media channels established and a website is under development.