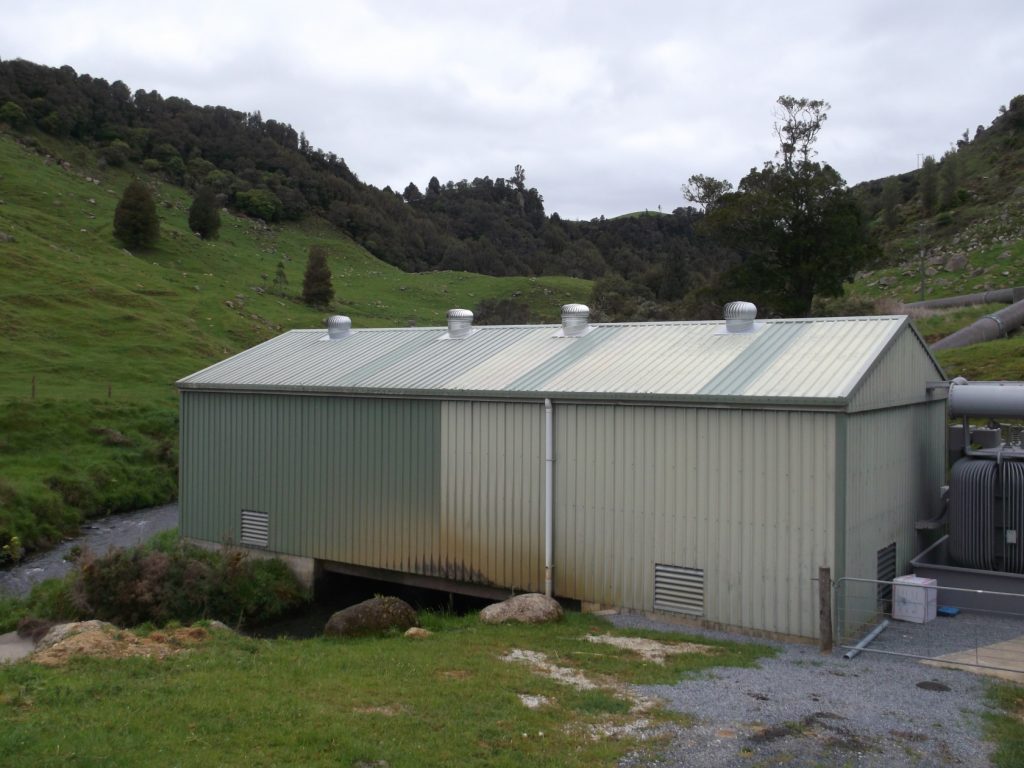 The power house at Mangapēhi Hydro

A small-scale hydro-generation scheme in Kopaki looks set to supplement and help protect the local power supply for the next 35-years at least.

The Lines Company-owned scheme on the Mangapēhi Stream was this week granted a 35-year resource consent from the Waikato Regional Council. It means the scheme, which was originally commissioned in 2008, can continue to operate until at least May 2053.

TLC’s operations manager for generation Gary Willis said the company was very pleased to get the maximum allowable consent. In the last 3-4 years the scheme had done exceptionally well and was now more than proving its worth, he said.

Willis said strong local support from the Mangapeehi Marae had been critical to the consent process and TLC was grateful for the input from local iwi.

“We’ve worked closely with the community on this because having a long-term consent will make the scheme very attractive for us to invest in. That investment will help shore up resilience for that community which includes around 700 houses and 10 farms,” he said.

“If we lose the power feed for any reason, there’s the potential for power from the hydro scheme to be redirected so local people can stay connected.”

The Mangapēhi hydro-generation scheme is one of three low-impact schemes owned by TLC. The schemes are built to be unobtrusive with low flow-over weirs, pipelines buried where possible and small powerhouses. There are no dams or storage lakes. TLC’s other two schemes are at Matawai and on Speedies Road in Te Anga.

Electricity generated by the schemes is fed into local power networks, helping build resilience by making those networks less vulnerable to power outages.

Willis said the resource consent has come with the “typical” conditions to protect river flows, minimise environmental and aquatic impacts and encourage riparian planting.  All three of TLC’s hydro-generation schemes already have fish passes which allow fish and eel species to move up and down waterways.

“There’s nothing in the consent that’s not perfectly reasonable and what we expected so we’re very comfortable with where this has landed.”