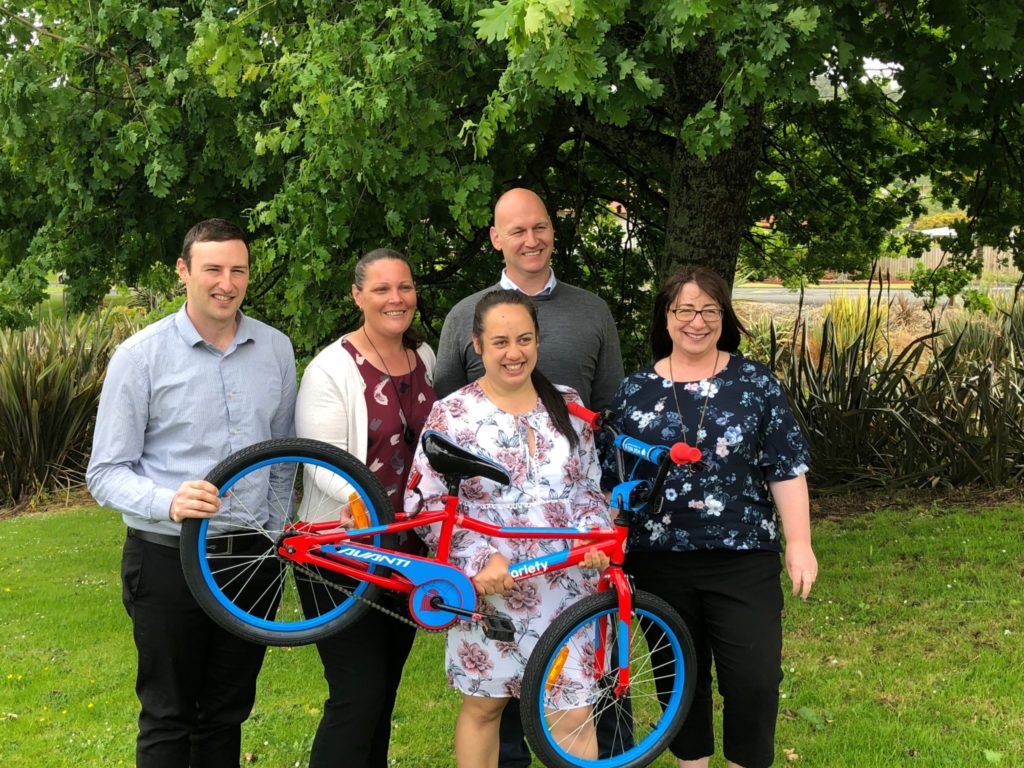 The Lines Company (TLC) today launches a ‘Bikes for Christmas’ campaign that will see at least 40 local children get a brand new bike this Christmas.

TLC has partnered with Variety – the Children’s Charity to raise at least $10,000 for the Christmas appeal. TLC staff have been challenged to raise the money which the company has promised to match dollar for dollar.

All money raised will be used to buy new bikes and helmets for local kids through Variety’s Bikes for Kids programme. Variety will work with local schools and communities across TLC’s network to identify recipients by encouraging nominations of children who wouldn’t otherwise have the chance to own a bike, or who have made stellar efforts in school or otherwise.  TLC will have no involvement in who receives a bike.

TLC chief executive Sean Horgan said the campaign was something the wider community could easily support.  People can donate to the bike appeal via TLC’s website – thelinescompany.co.nz – or via donation boxes at local businesses.

“I don’t see this as a TLC initiative – it’s a community project and everyone can be part of it if they choose to,” Horgan said.

“Our team is passionate about the community and we want to spread some joy at Christmas for local kids whose families perhaps couldn’t afford a new bike – it’s really that simple.”

Variety is a long-standing charity that focuses on disadvantaged Kiwi kids right across the country. The bike programme runs in other parts of New Zealand and has already proven successful, giving out 269 bikes over the last 12 months.

“Variety does fantastic work across the country.  Every kid loves a new bike and we wanted to do something that everyone could get behind, including our staff.”

Variety’s chief executive officer, Lorraine Taylor, says the charity is proud to have partnered with TLC.

“Without generous companies like TLC and the kind-hearted staff from within, we simply wouldn’t be able to offer programmes like this.”

The TLC staff team that raises the most money for the Christmas campaign will be rewarded with a home-grown breakfast or lunch cooked by TLC’s senior leadership team.

Horgan said the meal would be worth working for.

“I don’t think any of us is claiming to be gourmet cooks but we’ll be happy to cook up a storm.  Staff might be surprised; we might be able to serve up something pretty impressive,” he said.

The campaign finishes at the end of November. Bikes and helmets will be presented on December 11 at presentations in Te Kūiti and Taumarunui hosted jointly by TLC and Variety.

If you or your business is interested in being part of TLC’s ‘Bikes for Christmas’ campaign or to donate, visit thelinescompany.co.nz or our Facebook page.