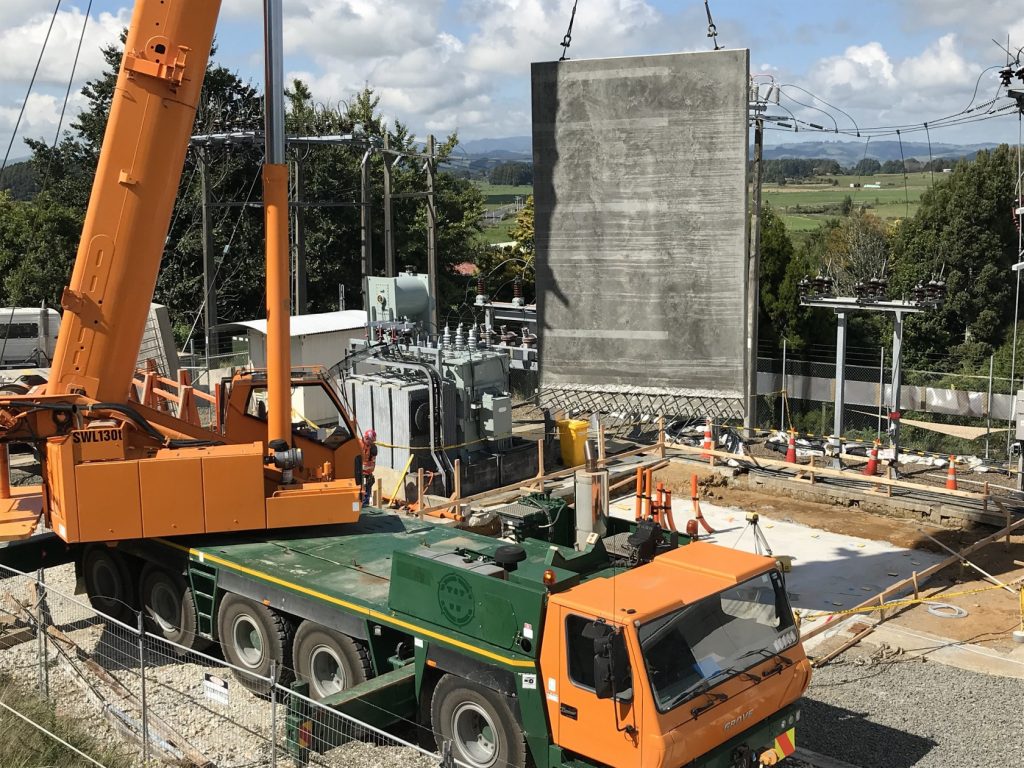 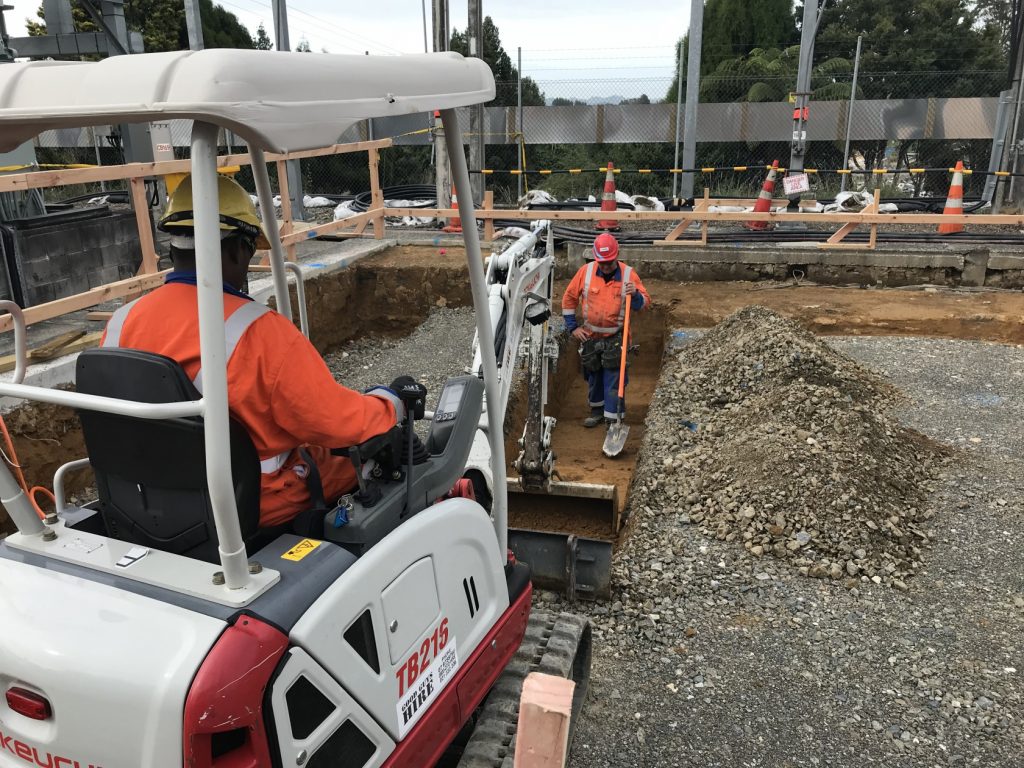 Heavy lift the next step in Te Waireka Substation Upgrade

Today six, large pre-cast concrete panels were lifted into place as the next step in The Lines Company’s (TLC) upgrade of the Te Waireka substation at Ōtorohanga.   Work began at the site in early March and to date has included removing an existing concrete pad, installing ducts to carry electricity cables and setting the base for a new transformer pad.

“TLC is replacing the existing 10 Megawatt (MW) transformers with two new ones, each with 15MW capacity, as part of our network planning programme,” says GM of Network Development, Mike Fox.

“Current demand is being met from Te Waireka but this upgrade is about providing for both Ōtorohanga’s and the network’s future.  It’s about the future security and reliability that will allow the town and surrounding areas to develop and take up opportunities that come their way.”

The concrete panels, together weighing some 35 tonnes, were pre-fabricated at Matamata and will form the firewall around and between Te Waireka’s new transformers.  The first new transformer is expected to arrive in May from Vietnam where they are being built.

A 130-tonne crane was at the site to lift the panels into position.   The heaviest lifts of the day were two panels that at 12 tonnes each make up the central firewall.

“The weather was kind with no high winds.  Everything went without a hitch,” said Mr Fox.  “We’d like to particularly thank our neighbours for their patience with delays to traffic while the deliveries were made.   We really appreciate their support of the project which is running to schedule.”

The Te Waireka substation currently feeds electricity to more than 3000 customers in Ōtorohanga and north of the town via four 11 kilovolt (11kV) lines.  Next steps at Te Waireka are to pour the concrete pad for the first of the new transformers to sit on and to build a retaining wall at the site.